I’ve been doing a lot of traveling this summer. It started with going to the Okanagan Film Festival at the end of July, then a trip down the Oregon coast to the Napa Valley in August, and now to Australia. I’ve seen some really cool places, but none of them have captured my heart quite like Melbourne. 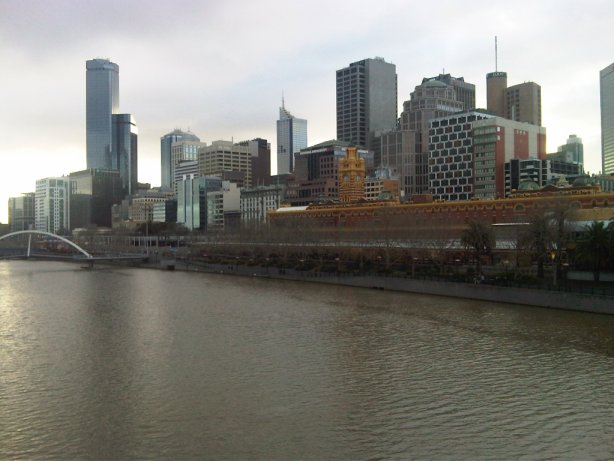 I can’t help but compare this city to Vancouver, and there are lots of wonderful things that we share in common: cool, artsy neighborhoods, and lots of green spaces. Melbourne, however, is a city of 4 million, as opposed to our 1 million, so it certainly is all on a bigger scale.

There are two things that I really find different and interesting about Melbourne, as opposed to Vancouver. The first is that the Cultural district is really in the middle of the city, in easy reach of tourists, and is very central. A block or two from the main train station are the major (national) art galleries and performance centres, as well as many other, secondary galleries and theatres.

The second thing I’m loving about Melbourne is how willing they are to take risks. Sure, the larger theatres are doing Shakespeare and other easily-recognizable big shows. But there are also lots and lots of people that are doing edgy, developed work that blurs the boundary between theatre and performance art. In Vancouver, we hardly do that kind of stuff, because it doesn’t pay. It’s hard to get an audience in to see it. But here, there appears to be more funding for the arts, and they are, therefore, able to be more creative, free, and derivative in their work.

The Victorian architecture is stunning, and the food has been world-class. Even places that we stop at for a sandwich at lunch seem to be able to elevate that simple dish to a whole new level.

Don’t even get me started on the people. And I got to see penguins.

I’m completely in love with this city.