Like many of you, when live-streaming burst into the spotlight just over a year ago, I was stoked. What a cool tool! We could now all of us, host our own TV shows, and I loved it.

For the most part, I used Periscope (who, for me, had an advantage over Meercat because it was owned by Twitter) for my food blog. I’d do live recipe demos, share food events I was at, or do live taste-tests.

I loved being in the moment and interacting with people.

But there started to be a recurring problem, and it became a bigger and bigger problem every time I did a live stream.

Men were making inappropriate sexual comments to me on my live streams.

One day, Lay’s Potato Chips sent me 4 bags of potato chips. They were all new flavours I’d never tried before, so I decided to do a livestream with my son, where we taste-tested each flavour and shared what we thought about it. I remember a guy making a comment about my boobs on that livestream and thinking “my son is sitting beside me on the couch right now!!??!”

It happens all the time. Last week I did a livestream from a party I was hosting to kick off summer. I was demoing how to make mussels steamed in beer, and guy asked me “would you rather go without sex for a year, or go without your iPhone for a year?”

I was stunned, honestly. If you watch it, you’ll see me blanch and lose my composure.

Guys. I cannot emphasize this enough. THIS IS NOT OKAY. I doubt there are very many men that would come up to a woman in public and make a comment about “her boobs.” It is equally not okay to do it online.

Because you have the same username on Periscope as you do on Twitter, it allows for anonymity. And anonymity allows people to hide behind masks, and that makes them less accountable, and therefore the possibility for them to say something mean. If they feel like they can get away with it–that they won’t be held accountable for it–they might try.

For the record, I’m not the only one who is experiencing this right now. Kaila Koop, a local ‘Scoper who does daily livestreams, has it happen to her all the time. “I encounter trolls on almost every single broadcast that I do,” she told me.

I asked her for advice on how to handle the trolls. “The way that I handle the trolls has definitely evolved. Initially it would throw me off and I would feel I had to answer every comment and it would sometimes fluster me.   At times I have had fun with the trolls and made a joke of it, or given it back to them. I have also gotten really mad a few times and lost it.  Now that I have done about 600 broadcasts I generally either ignore them, depending on the comment, or I just block them. Occasionally there will be a huge flood of them at once and I will stop the broadcast and restart.”

Koop currently has 2041 followers and 1104 people blocked. That means that for every 2 good followers she has, she has one hater. Those are some crazy stats. 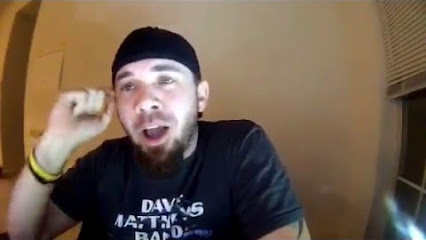 And it’s not just women. I Snapchatted @ISocialFanz (Brian Fanzo) who has been an avid daily ‘Scoper from day 1. He suggested the problem with trolls and haters right now on Periscope is “rampant.” The day I talked to him, he had done a live stream, and had to block 11 people “who were just spewing hate.”

The good news is, Periscope is certainly aware of the problem, and they have just announced some solutions they are working on to ameliorate the problem.

That’s not enough for me, though. I’m out. I’ve officially moved all my live-streaming efforts to Facebook, where I have a community that supports me.

Kaila is hanging in there, though. He advice to people like me: “don’t take it personally, and remember, they are doing this to everyone and not just you.  You have the power as a broadcaster to block people, to stop the broadcast or handle the situation however you see fit, but remember that you have the power. I have personally found the best way is to just block and/or ignore them.  Lastly, remember why you started to broadcast in the first place, and the message or story you wanted to bring to Periscope and never let the trolls stop you.”

Have you experienced trolling, sexism or haters on a livestream? I’d love to hear how you handled it. Let me know in the comments below.