It’s been a little over a week since I got back from Sage Summit in Toronto. It was a whirlwind four days, two of which were at the conference.

This is my third time attending Sage Summit. The first one I attended was in New Orleans, and then last year, Chicago. The format has changed this past year. Previously, the conference was held in one large venue, and was basically an international conference, with thousands of attendees from all over the world. This year, they’ve decided to break it up into regions, holding several conferences all over the world. They have already taken place in the US (Atlanta) and the UK (London) and there will be more in France (Paris), Australia (Melbourne), and others.

That meant that the Sage Summit experience was a little different this year, but it was still lots of fun, and great to connect with friends I’d met at previous Summits, like Sage CEO Stephen Kelly, and my buddy Evan Charmichael, who has published a book since the last time I saw him! I also met lots of cool new peeps, as well.

The speakers were Canadian, as well, which I liked a lot.

The first day’s keynote was by Michael Hyatt, who is one of the Dragons on “The Next Gen Den.” A self-made millionaire at 25, Hyatt’s keynote was all about opportunity. 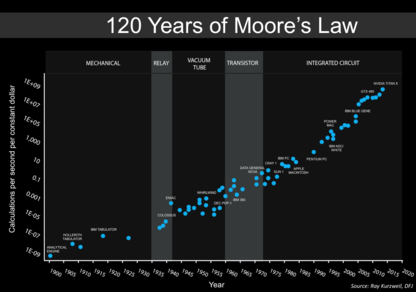 He talked about Moore’s Law, and how our computing power is doubling exponentially (every 18 months). “In the future,” he said, “all companies will be technology companies.”

I also really loved some of the stuff he had to say about success and failure, as a a business. In life, and in business, Hyatt said, you can’t avoid the negative. Instead, look for small, consistent wins. He encouraged us to try new things. “Success,” he said, “comes from ‘Unlikely’.”

The second keynote (the second day of the conference) was by Rick Mercer. Now, I was pretty excited to hear this one. I lived in Newfoundland for a large chunk of my life, and I’d actually met him once before at a party or something a long time ago. But it was an absolute joy, and a great way to kick of our 150th birthday as a country to hear him go on about Canadians and what a wonderful country we are.

"No matter where you go in this country, when you go to bed at night, it feels like home." @rickmercer #sagesummit

I even got invited to the meet and greet after his keynote!

There were a few other takeaways for me this year, as well.

The future is chatbots: AI, or artificial inelegance, is an incredibly interesting field. Sage is so interested in it that they literally have a “Vice President of Bots.” Yup, Kriti Sharma is responsible for developing a chatbot called Pegg, which works with Sage’s software. You can communicate with her through FB messenger, and she can do lots of tasks. It’s pretty fascinating stuff.

Conscious Corporations: one of the things I love about Sage is how deeply they are involved in Charity and Non-profit work. Each employee is given several hours of paid work time to go out and volunteer in their community. In addition, Sage, through its Sage Foundation, supports a host of non-profits. During Sage Summit, they gave away $10,000 to 3 local Toronto organizations, and they are also one of the sponsors of the Invictus Games, which take place in Toronto in September this year.

A passion project by Prince Harry, The Invictus Games feature athletes who are veterans who have been hurt in service: either physically or mentally. These men and women have overcome amazing odds to get to the games, and their show of courage is unparalleled.

All in all, another great year at Sage Summit. Hope to see you there next year!